Reasons a Woman Has for a Breast Lift Surgery 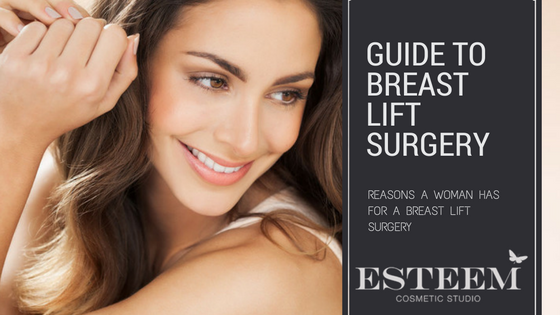 Sagging breasts are a problem that many women put up with in their day-to-day lives, but have you ever thought about cosmetic surgery to increase your confidence?

The breast lift procedure – also known as a mastopexy – is relatively straight-forward and could help you feel more confident in your appearance. The fact is that breast sagging can happen for all sorts of reasons, some of which are beyond your control.

Here are just some of the triggers for sagging breasts. In some cases, you might undergo a breast lift followed by augmentation surgery several months later, depending on the severity of your condition.

Having a baby leads to all sorts of changes in your body, some of which last well beyond when your baby is born. In 2014, the Australian Bureau of Statistics (ABS) revealed that 299,697 children were born in this country. and while not all new mothers experience sagging breasts, it still poses a serious problem for some women.

Wearing a supportive bra will only go a little way towards dealing with the issue. In most cases, sagging occurs when the tissue and suspensory ligaments aren’t working as well as they should.

Have you lost a considerable amount of weight over recent months, or even years? If so, this could be one of the triggers for your sagging breasts. Again, this will affect the tissue surrounding your breasts and create excess skin they are no longer able to support.

In 2011-12, the ABS noted that 13 per cent of Australians over the age of 15 were on a diet either to lose weight or for some other health-motivated reason. The majority of this sample were female.

Another life event that often takes its toll on our bodies is ageing – and this is certainly true when it comes to your breasts. Breast lift surgery is often sought out by older women who realize their profile might not be quite what it was several years ago.

Australia’s population is ageing, which means people are generally living longer. It’s therefore possible that getting older could have implications for the number of breast lifts carried out, especially as people are more aware about their appearance.

Over the past 20 years, the ABS revealed that the median age across the country has increased four years from 33.4 to 37.3.

If you do decide that breast lift surgery is right for you, be sure to speak with an experienced consultant, which are several we are proud to have here at Esteem Studio. They can talk you through the procedure and explain what it entails before you come to a final decision. Book a consultation today, and know your chosen surgery better.